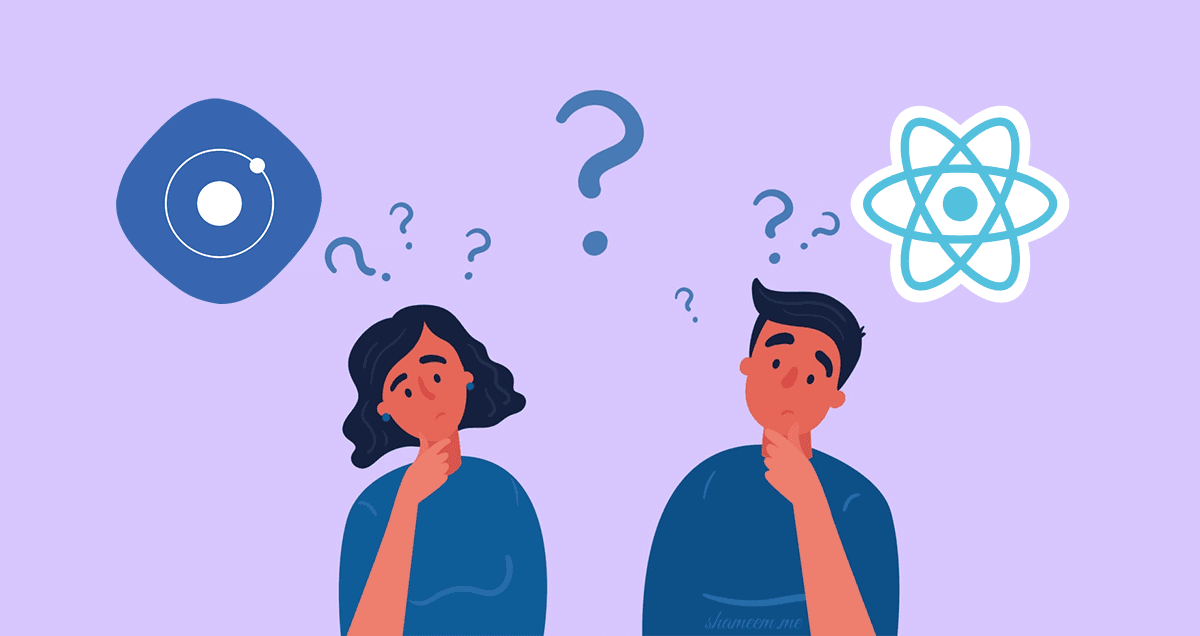 Ionic vs React Native: what is the best framework? Yeah! 2020 has begun and here we are, remaking the question that won’t shut up

Practically all mobile developers have approached this question in recent years and each one pulls the branding on his own sardine.

Did you know that Ionic has Angular integration?

Ionic is a framework for the development of mobile applications in HTML5, to create hybrid applications.

The applications built on Ionic run on a webview, which has access to the native layer of the platform where it is running.

These hybrid applications bring many benefits, such as portability and agility in development.

Ionic brings to us various user interface elements that leave the application with a “face mobile”, and has all the facilities (and some of the flaws) that development for the web has.

Ionic uses Cordova as a bridge to access the native functions of the platform, such as the camera and location, for example.

What is React Native?

Let’s say React Native is the mobile version of ReactJs.

React Native is a framework that uses React, a JavaScript library developed by Facebook for creating user interfaces.

Applications made in React Native are written using JSX, which is JavaScript mixed with an XML-like Markup Language.

But instead of running on a webview, React Native renders the interface using the native APIs of the platform where the application will run.

So, your app will have native controls, and things like rolling the page feels like they’re native because, well, they are.

React Native also uses a separate thread for the user interface, which makes it faster.

This means that the user experience is closer to native applications because they follow the standards imposed by the operating system.

What do these differences mean in practice?

The development of an Ionic application is very similar to that of a web application:

Ionic has a collection of components to build hybrid applications, which are all basically HTML5 components, to build their user interface.

You can customize these elements with CSS with a certain freedom, although some tasks are a little more difficult than others.

The latest version of Ionic (which is the one you should use) is built on Angular, so if you have familiarity with Angular, you will like Ionic.

Although the stack of Ionic Technologies is larger (you will use HTML, CSS, Typescript, Angular, etc.) it is not so difficult to learn, as these technologies are widely used, and you probably already dominate a part of them.

Already the development of an application in React Native, by delivering an experience closer to the native.

That is, it requires the developer to think of the application in a slightly different way, taking into account the specificities of the platforms to which it is developing.

For example, in Android, we have a toolbar that is very customizable, with navigation being at the top of the screen.

On the iOS traditionally has its navigation bar at the bottom of the screen.

Android also usually prefers a menu accessed by the famous hamburger button, while on iOS navigation is usually done by tabs.

Styling the interface in React Native is also a little more complicated, since you can’t do that with CSS.

So there is a learning curve to be overcome there, but React also provides access to native functionality of the platform, whereas Ionic would need plugins to have that access.

Code reuse is also much more prominent in React.

Which one is easier to learn?

Ionic or React? The correct answer would be ‘depends on your background’.

Generally, the reaction Native learning curve is a little steeper. In terms of community, Ionic or React Native are very large and receptive.

It is very easy to find information about both frameworks on the Internet, but React documentation is too basic and too shallow.

The documentation of Ionic is more consistent, but often quite simple and basic.

On the other hand, it is much easier to find documentation for Ionic plugins.

React has a good library of plugins that expand its capabilities, but that’s not really the focus of technology.

However, keep in mind that testing the applications in React is a little more difficult, because you need a physical device or an emulator for testing, while with Ionic, you can perform tests on the browser.

In a professional environment this is usually not a problem, but it is a bit complicated when you are studying technology.

React Native also has few ready-made components, while Ionic has a respectable library of already developed and stylized components.

Which should I use: Ionic or React Native?

The best framework is up to you!

That’s what you read, in the battle between Ionic vs React, you’re the one who chooses the best framework!

If you already use React, React Native is the natural choice.

If you prioritize performance, user experience, or are kind of obsessed with the feelingnative of each platform, go from React.

This is also true if you need features such as Bluetooth or background geolocation.

If you like visual consistency in the interface, have experience with web development, look for a smaller learning curve, like the proposal of PWAs or are fan of Angular, try the Ionic.

To come to a direct conclusion is not the simplest thing in the world, between Ionic vs React Native, I am tempted to say “follow your heart”.

See you next time!